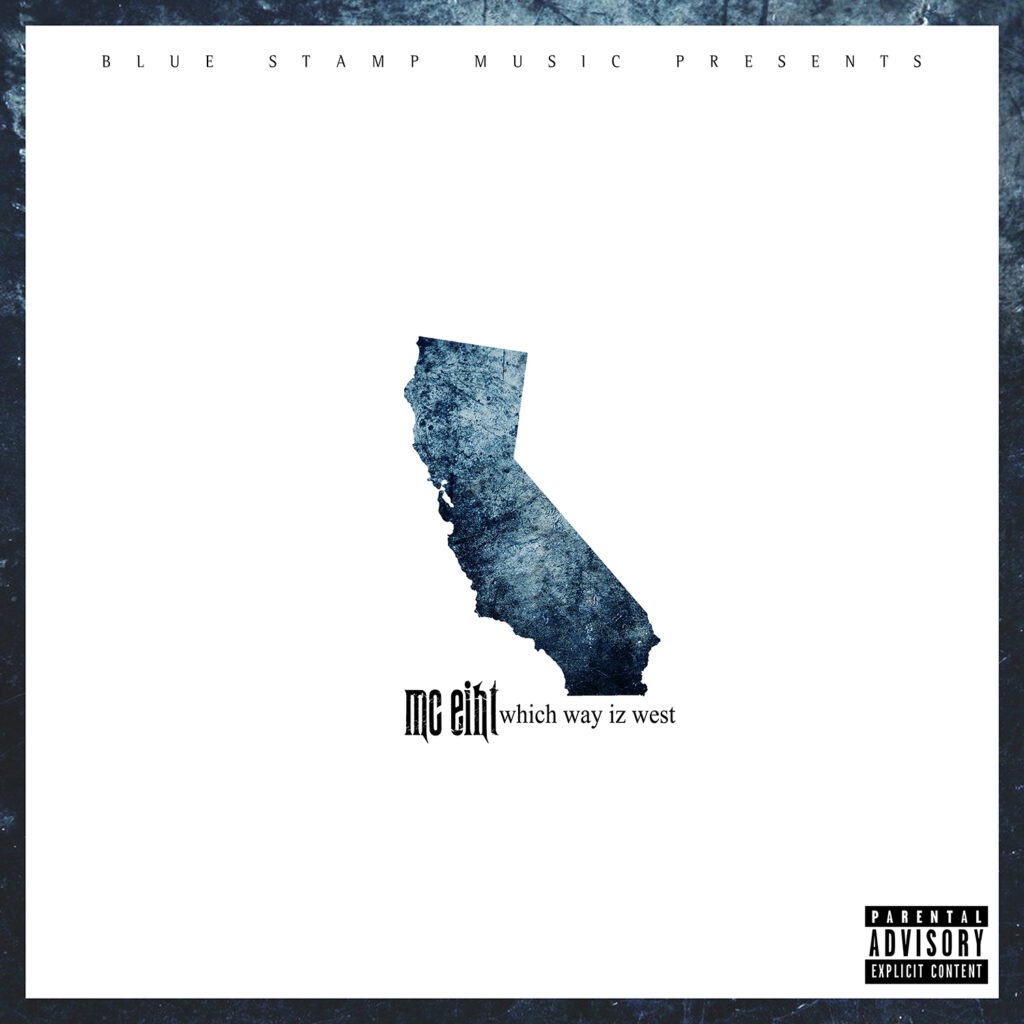 MC Eiht is one of those gifted West Coast storytellers who’s able to paint vivid pictures of a hustler’s struggle in a way that jumps off the canvas. Although he never reached the same level of fame as some of his contemporaries like Snoop Dogg, Ice Cube or Dr. Dre, the Compton native maintained his relevance by never compromising his authenticity to conform to whatever’s hot at the moment. And he certainly hasn’t stopped shouting out his now infamous catchphrase, “GEAH!,” which has been a mainstay throughout a career apexed by several albums with Compton’s Most Wanted, and his magnum opus, “Streiht Up Menace,” from the cult classic 1993 film Menace II Society.

Nearly 25 years later, Eiht is back with a new album for purists, Which Way Iz West, featuring a stellar cast of rap’s indisputable elite from a bygone era — The Outlawz, The Lady Of Rage, Kurupt, Cypress Hill’s B-Real, Xzibit and Bumpy Knuckles, among others. The twist? The entire project is executively produced by “real Hip Hop” luminary DJ Premier, who also provides beats on three of the 15 tracks alongside Austrian beatsmith Brenk Sinatra. While some people may scratch their heads at the West Coast/East Coast collab, the relationship between Eiht and Preemo actually dates back to 1992 when they first posse’ed up for Compton’s Most Wanted’s “Def Wish II (Remix).”

Throughout the album, each track unequivocally proves O.G. rappers over the age of 40 can spit lyrical bullets well after what many are quick to dub their “prime.” Here, there is no expiration date on the MC’s proverbial shelf life. Rather, the majority of the project bumps with Preemo’s classic Hip Hop vibrancy laced with Eiht’s gangsta rap sensibilities. Along with Sinatra’s occasionally dark and grimy sonic exploits, the 56-minute effort is a healthy balance of Gang Starr-esque production and more contemporary soundscapes reminiscent of early Nipsey Hussle.

Lead single “Represent Like This” reintroduces Eiht’s audience to the same unrelenting fury present on older gritty hood anthems like “All For The Money” from his 1994 solo debut, We Come Strapped, or “Hood Took Me Under” from Compton’s Most Wanted’s 1992 classic Music To Driveby.

From there, Eiht takes the listener on a wild ride through the “Compton Zoo,” where he raps, “Money is the plan so I double up quicker/ Think it and want it/ The shit get thick then roll your dice smarter/ And that’s the life sometimes/ Follow along and read between the lines,” a clear invitation to delve deeper into the complexities of his seemingly simple rhymes.

The Lady of Rage then diligently takes command on “Heart Cold” where the former Death Row Records signee goes ham on her bars from the jump. “It’s the original, seminal, MC criminal/ Literal lyrical pinnacle of women who rap/ The inhospitable unfuckwitable villain sent here to finish you/ No subliminal/ I’m just giving you facts,” easily giving current diss queen Remy Ma a run for her money. It’s a verse so explosive, it’s hard not to demand she come out of her rap retirement.

As the album begins to wind down, “Last Ones Left,” which features fellow members of Compton’s Most Wanted, carves out their undying commitment to the culture while “4 Tha OG’z” with Bumpy Knuckles (one of three Preemo beats) whips up some unmistakable nostalgia thanks to its Golden Era boom-bap vibe, and Premier’s precisely placed scratches over the soulful beat. The last track, “You Nia’z,” quietly brings the album to a close with Sinatra’s own whimsical summer anthem (think DJ Jazzy Jeff and Will Smith’s “Summertime”) and Eiht’s introspective commentary on current rap. “We ain’t fuckin’ with ya/ I said these niggas ain’t real/ They be spittin’ on the mic with shit we can’t feel,” he spits.

Rarely is an album critic-proof and a couple of weed anthems (“Sittin Around Smokin’” and “Medicate” with Xzibit) stagnate things and frankly don’t seem necessary. Perhaps it’s something Eiht may have outgrown, so in a way, it feels slightly forced. Aside from that, Which Way Iz West maps out a clear path for other West Coast legends to follow suit and serves as a staunch reminder to the rap community that Eiht was never lost. GEAH!