Leaders Of The Brew School 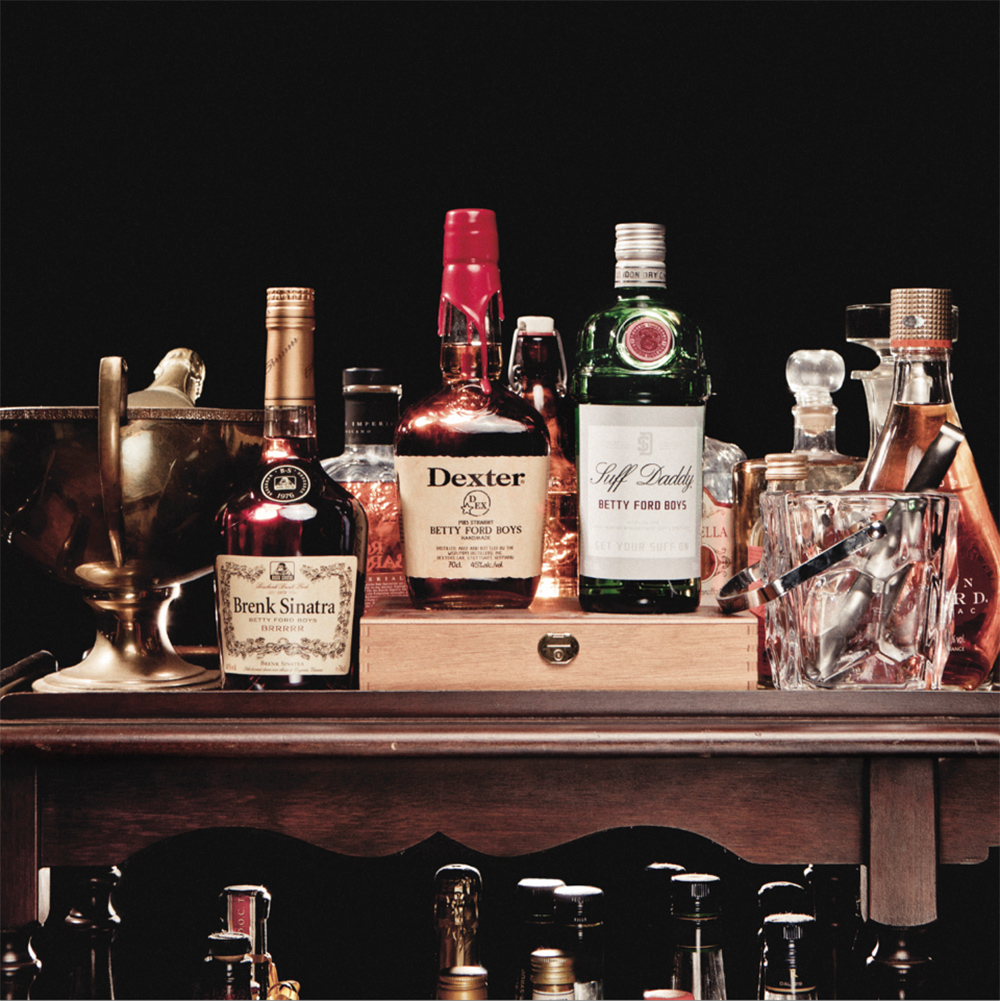 The Betty Ford Boys are the first hip-hop producer super group out of Germany, consisting of Suff Daddy, Dexter and Brenk Sinatra. We call them the rat pack of our beat scene. With all diversity in sound, the three producers are unified in their love for dope beats and high-proof drinks, both catered and consumed with style and expertise.

Suff Daddy, the globetrotting gin connoisseur and minimoog player with domiciles in Berlin, Düsseldorf and Sydney. He has released three solo albums and has worked with artists like Miles Bonny, Fleur Earth, Ta-ku and Elzhi. After a one year stint in Sydney, he returned to Berlin this spring.

Brenk Sinatra, the Wien-Kaisermühlen homeboy, Westcoast rap fanatic and producer of the forthcoming MC Eiht album. Last year Brenk released the critically acclaimed S3 album together with US singer Miles Bonny and has laced beats for an armada of MCs from both sides of the Atlantic.

And last but not least Dexter, the Stuttgart based trip maker and platinum producer with a day job as a pediatrician. This June Dexter released his second solo-album “The Trip” a homage to the psychedelic rock era and one of the most innovative and genre bending hip-hop albums of 2013.

All three first met at the Hi-Hat Club, the producer series that we started a couple of years ago with the goal to push and celebrate the art of beat making. With their respective volumes “Suff Draft” (Suff Daddy), “The Jazz Files” (Dexter) and “Chop Shop” (Brenk Sinatra) each of the guys put the instrumental hip-hop thing on a new and different level. None of their beats need a MC to be complete; they are full songs in their own right.

The official birth date of the Betty Ford Boys was the 2012 Beat BBQ in Cologne where Dexter, Suff and Brenk performed together for the first time. Right after the now legendary gig, that was ended by police forces Suff Daddy left for Sydney so that most the recordings for the Betty Ford Boys debut album took place in the cloud. Right after his return to Berlin, the Boys jumped on the bus and played their first club tour which finished with a gig at the Splash Festival.

On August 30th, the Betty Ford Boys release their first album “Leaders Of The Brew School” on Melting Pot Music. The record combines the best of three worlds and has a surprisingly chilled Westcoast vibe. It’s perfect summer music, it’s edgy and relaxed at the same time and keeps you thirsty for more …