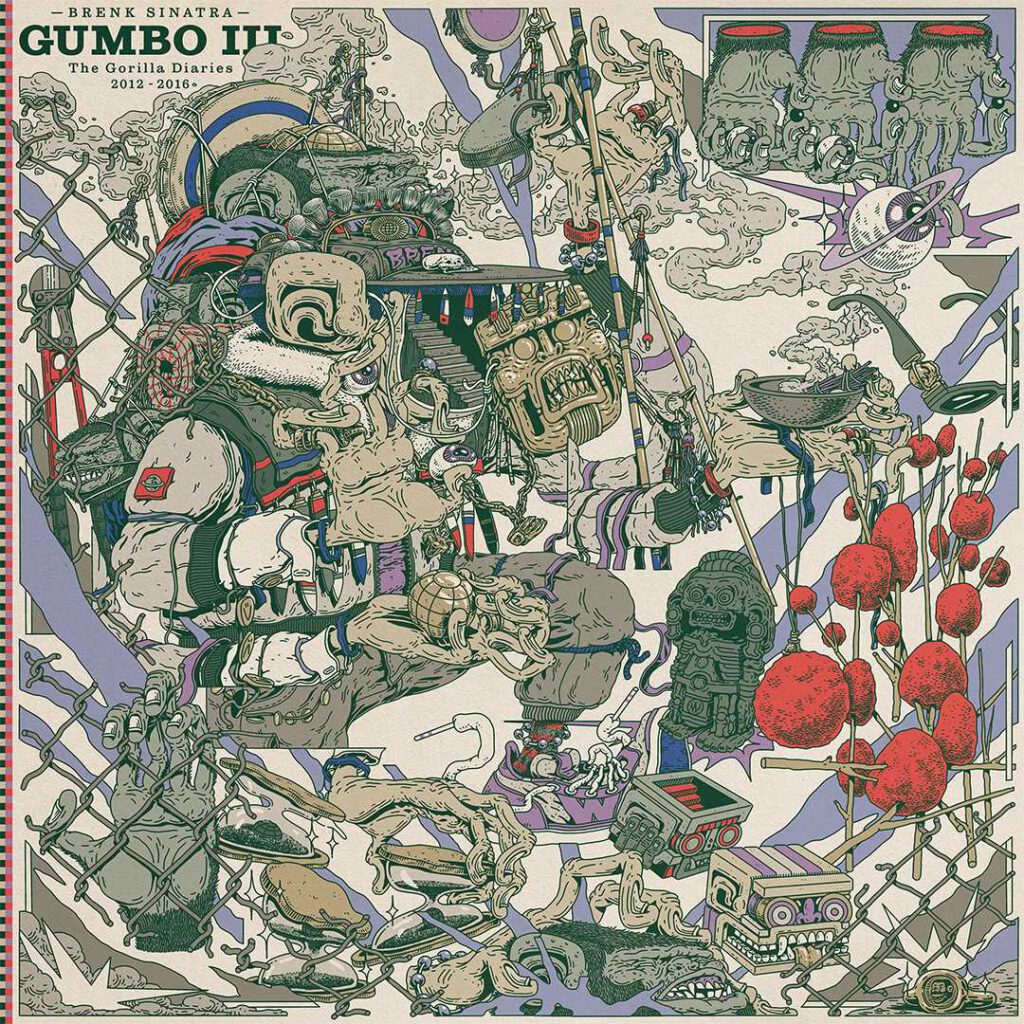 The instrumental album „Gumbo“, released in 2008, marked the beginning of Brenk Sinatra‘sinternational career as a producer. Voted one of the top 20 best instrumental albums of alltime by the German JUICE magazine, „Gumbo“ made the leap out of Austria with its rough andat the same time very soulful, sample-based instrumentals and put Brenk’s producer skills inthe spotlight for the first time.

The follow-up„Gumbo II“was released in 2011 via the Cologne-based label MPM, whichhelped ignite the growing hype around instrumental hip-hop with Brenk Sinatra and otherexceptional producers on board. Brenk‘s uncompromising second part of the Gumbo seriescatapulted him into the ranks of the most sought-after beat producers in Europe. Since then,the third and final part of the Gumbo series was also in the planning stage, but the ever-in-creasing number of musical projects and not least the pressure to top the first two album partsprevented Brenk from completing his instrumental trilogy. The folder with the instrumentalsselected for it grew to well over 100 beats, was partially deleted and constantly changed inits composition, until Brenk stopped the targeted collection of Gumbo material in 2017 for thetime being. At that time, Brenk made a stylistic shift that led him away from classic, sample-based beats to those laid-back trap hybrids that are now known as his trademark sound. Also,the mindset to complete „Gumbo III“ would not settle and other projects were brought forwarduntil the album took a complete back seat. Over the years, fans and journalists were repea-tedly put off by Brenk when asked about a release date and „Gumbo III“ became an eagerlyawaited phantom project.

Fast forward to the year 2021: for the first time in four years Brenk clicks through the folderwith the interludes, musical sketches and already finished beats once produced for „GumboIII“. With a new label and publishing situation in the background (in 2021 Brenk founded themusic label Wave Planet Records as well as the associated publishing company Wave PlanetPublishing) he makes the decision that the time is now ripe for the completion of the Gumbotrilogy andWave Planet Recordsmust become the new home of this project. This is followedby weeks of painstaking restoration of the instrumentals produced between 2012 and 2016.Brenk‘s focus was to keep the musical spirit of the instrumentals unchanged and not tomodernize the sound. From today‘s perspective, „Gumbo III“ bursting with countless vinylsamples sounds like Brenk‘s earlier beats, anachronistic and refreshingly different preciselybecause of that. The only update allowed for the „Gumbo III“ instrumentals was a new mixby Brenk and mastering by his top-notch producer colleague Dexter.

The perfect visual complement to the Gumbo sound universe is provided by the playful coverartwork, bursting with details, by Cone The Weird, who already provided the striking artworkfor the „Gumbo II“ album

The completion of the trilogy will be celebrated among other things with a very special„Gumbo Trilogy Box“, which will be released in October 2022 and will make the heart of everypassionate collector beat faster.